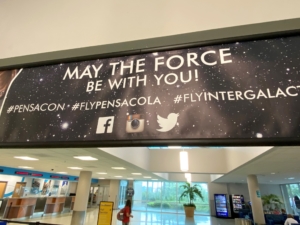 I read a lot of news, from the morning Orlando Sentinel newspaper to various professional organization and general news feeds. It would be easy to buy into just one side of reported events, but when one story says the world is returning to normalcy and that tourism and event numbers are exploding, but the next story says the virus is still rampant and if we don’t continue being careful it will worsen… what is one to believe? As an optimist and psychic for events (did you know that part about me?), I am all in for believing that the second half of this year will be far better for the greater number of people than the past year+ has been. So there. You can help. Start by envisioning where you, your family and friends, and your business will be in just a matter of months. Would love to hear your expectations and successes!