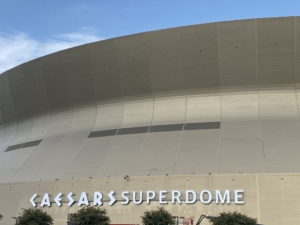 The Saints go marching in to newly-renamed Caesars Superdome in New Orleans, LA.

RENAMED, RENOVATED AND THE BRAND NEW

The kickoff won’t be until February 2025 for the New Orleans Saints and Caesars Entertainment rebrand of New Orleans’ iconic downtown stadium as the Caesars Superdome. The 20-year, exclusive naming-rights partnership means the Caesars Superdome will host all Saints home football games, and Super Bowl LIX to be played in February 2025. The building will also host the 2022 NCAA Men’s Final Four, the annual Sugar Bowl and College Football Playoff contests, a variety of concerts and hundreds of other annual events including Essence Festival, the Bayou Classic football game between Grambling State and Southern University, the New Orleans Bowl and the Louisiana State High School Athletic Association Football Championships. Caesars Superdome will stand as testament to Caesars’ commitment to the New Orleans Saints and to the city of New Orleans as it embarks on a $325 million renovation to transform Harrah’s New Orleans into Caesars New Orleans. “This partnership sends a strong message about the positive future for the New Orleans Saints, Caesars Entertainment, and the entire state of Louisiana,” said Saints Owner Gayle Benson. “ 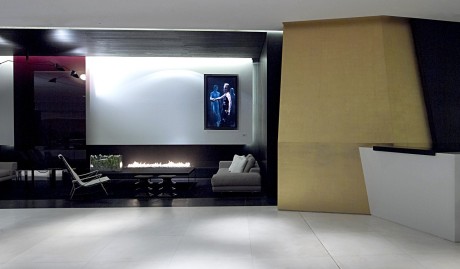 The Met Hotel in Greece is both an art gallery and upscale hotel.

When I first began writing this column, I was working regularly for a high end travel magazine that catered to the hospitality, meetings & events industries. Over time I have realized that not all travellers visit destinations or plan events because they are part of a corporate or social group. This edition (and likely more in the future) will feature some personal travel options for adults and families.
HOT DEALS!
It’s an art gallery. No, it’s a hotel. No, actually The Met Hotel in the ancient coastal city of Thessaloniki, Greece is both. While END_OF_DOCUMENT_TOKEN_TO_BE_REPLACED
https://karenkuzsel.com/wp-content/uploads/2020/02/karen2.jpg 0 0 Karen Kuzsel https://karenkuzsel.com/wp-content/uploads/2020/02/karen2.jpg Karen Kuzsel2019-06-01 14:51:442019-12-14 21:10:11HOTEL HAPPENINGS & PROGRAM PROMOTIONS – JUNE 2019