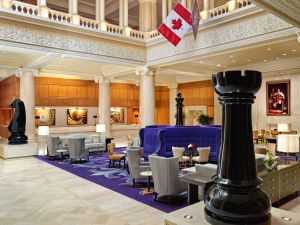 In this issue: Free French breads. Line up soon

It isn’t every day that a hotel receives a $40 million facelift, even an iconic beauty like The Omni King Edward Hotel, built in 1903 as Toronto’s first luxury property. The Canadian luxury hotel, originally including 400 rooms and 300 baths, was designed by Chicago architect Henry Ives Cobb and Toronto architect E.J. Lennox. Restoration to its original glory while delivering modern amenities has been an ongoing project since 2013 when first acquired by Omni Hotels & Resorts. All 301 guestrooms, meeting space, and restaurants have been updated while maintaining its historic elegance. New ingredients include the exclusive Royal Club: 29 guestrooms and suites, access to the VIP Royal Club Lounge, breakfast, light bites in the afternoon, evening hors d’oeuvres, and on-site guest services including the business center, complimentary use of boardrooms and car service. The 22,000 sf of small to mid-sized meeting spaces, the lobby, and three ballrooms were updated, including four large teardrop crystal chandeliers added to the Sovereign Ballroom. While Executive Chef Daniel Schick and his team have updated the dining menus to include locally-produced seasonal END_OF_DOCUMENT_TOKEN_TO_BE_REPLACED

Surrounded yourself with art of the ages at Swatch Art Peace Hotel in Shanghai, China

In this issue: Exotic resort stays will cost you less while new hotels will vie for your dollars.
HOT DEALS
Summer’s reached the halfway point and Fall is just around the corner, but you have until Dec. 30, 2015 to enjoy a stay at the Gaylord National in Washington DC and receive a $100 per night resort credit. Receive a $50 per night credit for a stay at any of the other three Gaylord properties: Gaylord Opryland (Nashville, TN), Gaylord Palms (Orlando/Kissimmee area), or Gaylord Texan (Dallas/Ft. Worth area). Must request promotional code ZJL.
1-800-GAYLORD in the US.  Outside the US, http://www.marriott.com/help/global-phone-reservation-numbers.mi 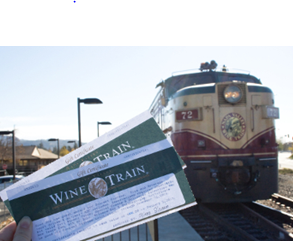 This one is for all of you who love wine and wish you could explore Napa Valley but who’d rather not try to drive while gazing at a map. Take the Wine Train. Better yet, take one of the Wine Train packages being offered this summer. I’ve taken this train, a restored and preserved beauty. Most of the cars were built in 1915 by the Pullman Standard Company as first­ class coaches for the Northern Pacific Railway. Just sitting in the dining car with original lighting and wooden bar sets the mood for an elegant END_OF_DOCUMENT_TOKEN_TO_BE_REPLACED
https://karenkuzsel.com/wp-content/uploads/2020/02/karen2.jpg 0 0 Karen Kuzsel https://karenkuzsel.com/wp-content/uploads/2020/02/karen2.jpg Karen Kuzsel2015-07-10 20:24:442019-12-17 23:07:31HOTEL HAPPENINGS & PROGRAM PROMOTIONS – JULY 2015

Spring is within striking distance, contrary to vicious storms still harassing the U.S and abroad. Here in Florida, where I am based, blue skies, light breezes and temperate weather in the 80s draw crowds to art shows, the beach, sports fields, and barbeques. Just like the colourful flowers and vegetables bursting from awakened shoots, people are eager to break from indoor venues and unwelcome routines to greet Spring with renewed vigor. Corporate clients and leisure travellers are ready to be enticed by exciting offers, and boy, are destinations, resorts and venues ready to deliver. Here’s just a sampling of what’s coming.
Omni Hotels Wine & Resorts Wine about their new partnership and property
Omni Hotels & Resorts just gave me another reason not to care if it’s 5 pm somewhere in the world as an excuse for imbibing in a hearty glass of fruit of the grapevine.
Their culinary series, “Flavors of the World” turns its Spring spotlight on the wines of Washington State, thanks to a new partnership with the Washington State Wine Commission. The promotion, running through May 31, pairs 10 Washington State wines (in 6 and 9-oz pours) with specialties of the state, such as artisan Washington Cheeses served with fig jam, honey and olives, Dungeness crab fritters, Dungeness crab and snap pea soup, apple and fennel salad, roasted salmon served with wild Mushrooms, and apple crisp with vanilla ice cream. Omni food and beverage professionals sacrificed their time and taste buds in February to crisscross END_OF_DOCUMENT_TOKEN_TO_BE_REPLACED