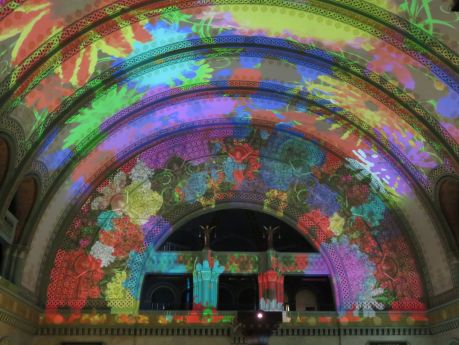 Vintage train travel evokes an atmosphere of retro sophistication, the clacking of wheels rolling over tracks, elegant club cars with linen-covered tables and plush chairs, and where the ultimate goal is less about the destination than the journey. That ode to yesteryear has emerged as one of the most comforting trends in alternative event venues.
One of the most recent to capitalize on that nostalgic environment is the St. Louis Union Station’s nine retrofitted train cars, housed under an open—air steel beam canopy soon to be transformed into an attractions park featuring food outlets, a 200” high observation wheel, light and fire shows, a fountain and an outdoor plaza. Already onsite is a Landry’s seafood restaurant and Hard Rock St. Louis.
On a recent trip to St. Louis with my train-fascinated husband, Russ, we were given a private tour of the four trains END_OF_DOCUMENT_TOKEN_TO_BE_REPLACED
https://karenkuzsel.com/wp-content/uploads/2020/02/karen2.jpg 0 0 Karen Kuzsel https://karenkuzsel.com/wp-content/uploads/2020/02/karen2.jpg Karen Kuzsel2016-07-05 21:17:112019-12-17 22:28:55MEET ME IN ST. LOUIS FOR VINTAGE TRAINS AND LASER LIGHT SHOWS